It’s one of those great stories that started in a kitchen. While making beef jerky one day,
Dreux Barra got creative and decided to use the same dehydration process to dry a bumper
crop of bell peppers. It worked! Then he grabbed a sack of onions from his pantry. And that
was the AHA! moment to create a dried seasoning mix. Six months later, in 2017, he perfected
his version of the Cajun cooking base known as the “holy trinity”of onions, bell peppers, and
celery – and, in his take, a bit of green scallions.

The directions couldn’t be easier: Just add enough water, or broth, to cover whatever amount of mix you use and it rehydrates in two minutes rendering the look and taste of cooked chopped fresh vegetables (actually even better a taste.) And that’s it – c’est tout.
Using only the freshest vegetables, Dreux’s dehydration process preserves the flavor of each ingredient and 98 percent of the nutrients. The fact that it caramelizes much quicker than the fresh trinity is lagniappe. “And there are no additives, preservatives or caking agents like many seasonings have,” adds Dreux.

Many Delcambre Seafood & Farmers Market goers are familiar with what C’est Tout seasoning does for the taste of Dreux’s jambalaya (as he routinely gives out samples) but it’s also great on chicken, hamburger steak (It can be mixed directly into ground meat where it rehydrates,) stuffed in roasted duck or venison backstrap, sprinkled on scrambled eggs – and especially in gumbos. “When I’m making a gumbo, I add the seasoning while the roux is cooking down and then again when I add the meat,” says the self-proclaimed “camp” cook and full-time global account manager for SECURITAS Security.

A growing number of local restaurants and chefs have been won over by C’est Tout’s taste and the downtime it allows in the kitchen. Among them are former Louisiana Seafood Queen chef Bonnie Breaux and Crawfish Town USA chef Johnnie Gale who uses it on her “After the Boil” Shrimp and Grits, which will be featured in Country Roads’ cookbook.

C’est Tout products are available in 16 and 32-oz. containers or 2 and 5-lb. bags for restaurants. A 16-oz. container is equivalent to 32 ounces of the same fresh cut vegetables.

In May, Dreux introduced a new version of his seasoning made with a whopping three tablespoons of California-grown garlic. He jokingly refers to this addition to the holy trinity as the pope. A regular at the farmers markets, Dreux takes advantage of his interactions with customers. When he received feedback from some mothers that their kids didn’t like seeing “pieces of dried vegetables,” it spurred the idea of offering a grinder (like a peppercorn grinder) that screws on top of the C’est Tout jar. The accessory took off, and in nearly three months he sold 250.

In his quest to provide everyone with a tasty meal, Dreux takes into account those struggling to have at least one hot meal a day. For just over a year, he has provided C’est Tout to The Hub Lafayette – Urban Ministries, where he helps cook meals for some 200 homeless every Monday night. It’s where he enjoys having his own dinner those nights, sharing conversation and, afterwards, a game of chess or checkers. He’s also provided well over 100 pounds of C’est Tout in the preparation of food for thousands of hurricane evacuees, most recently in Dulac and Montegut for victims of Hurricane Ida.

Since 2017, over 20,000 containers of C’est Tout have been produced, a demand which has taken operations from Dreux’s Youngsville home (where it all began) to a commissary kitchen at Tops Appliances and Cabinetry. C’est Tout, a “certified Cajun” product, is now sold in 125 stores- including 65 Rouse’s stores- in Louisiana, Florida, Mississippi and Alabama. The name might mean “that’s it,” but C’est Tout is far from the end of its story.

C’est Tout and recipes can be gotten online at ThisIsCajun.com. 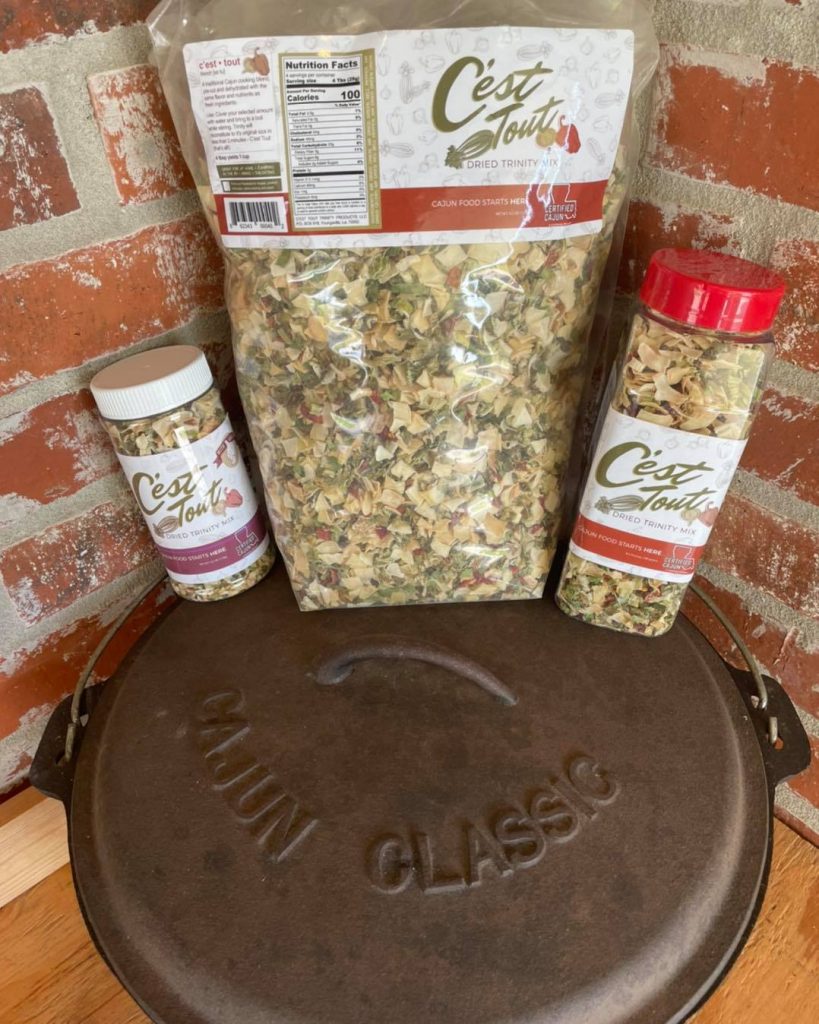 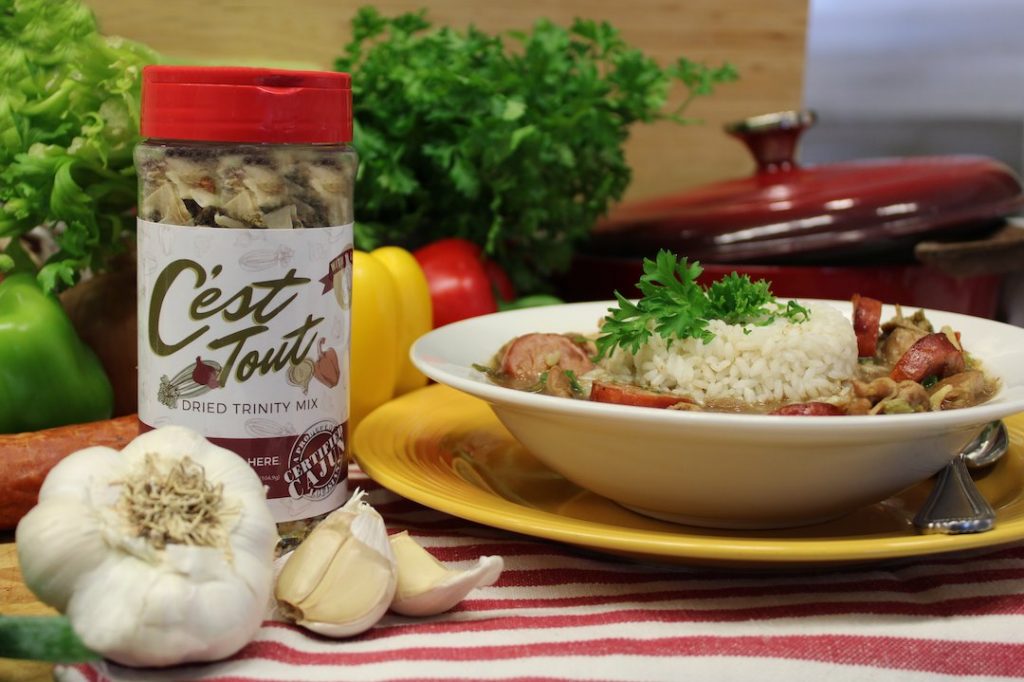 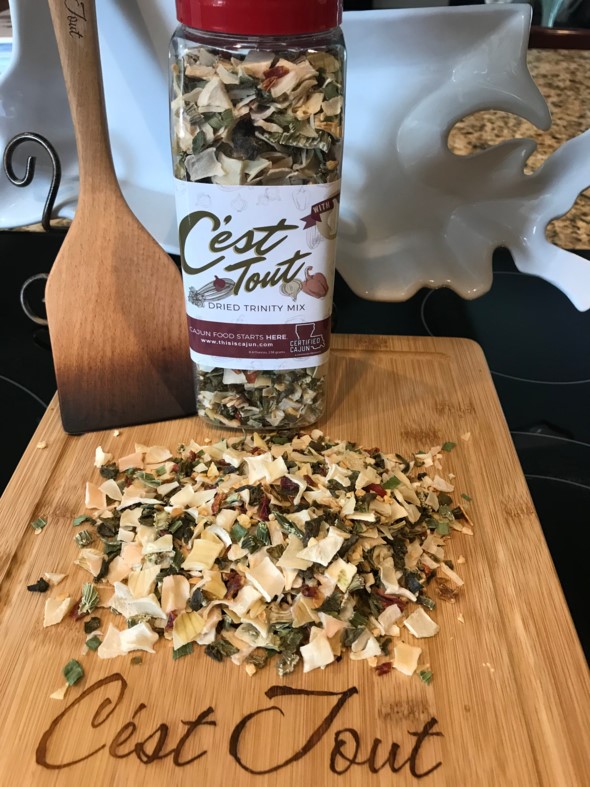 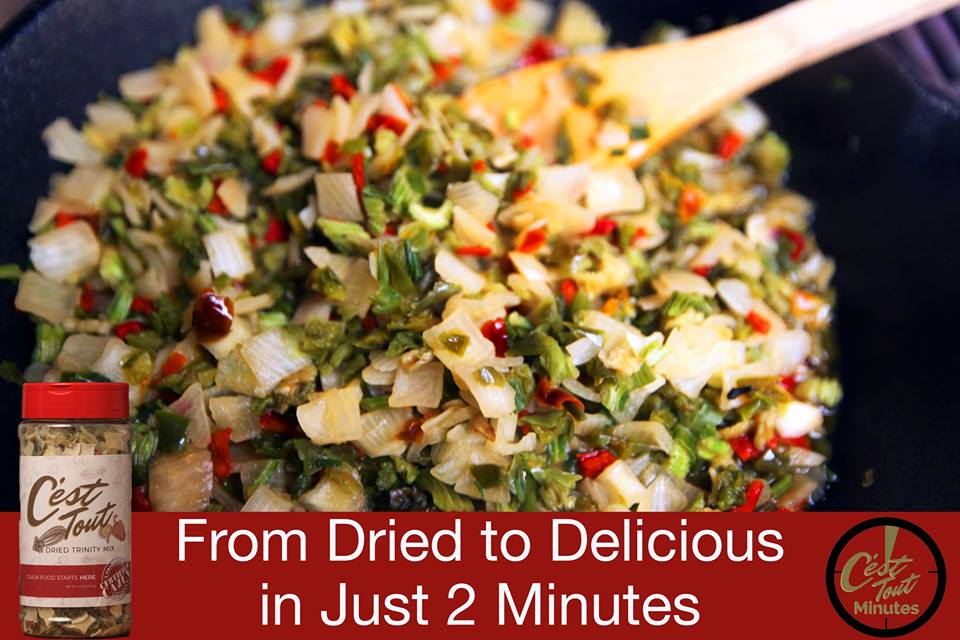