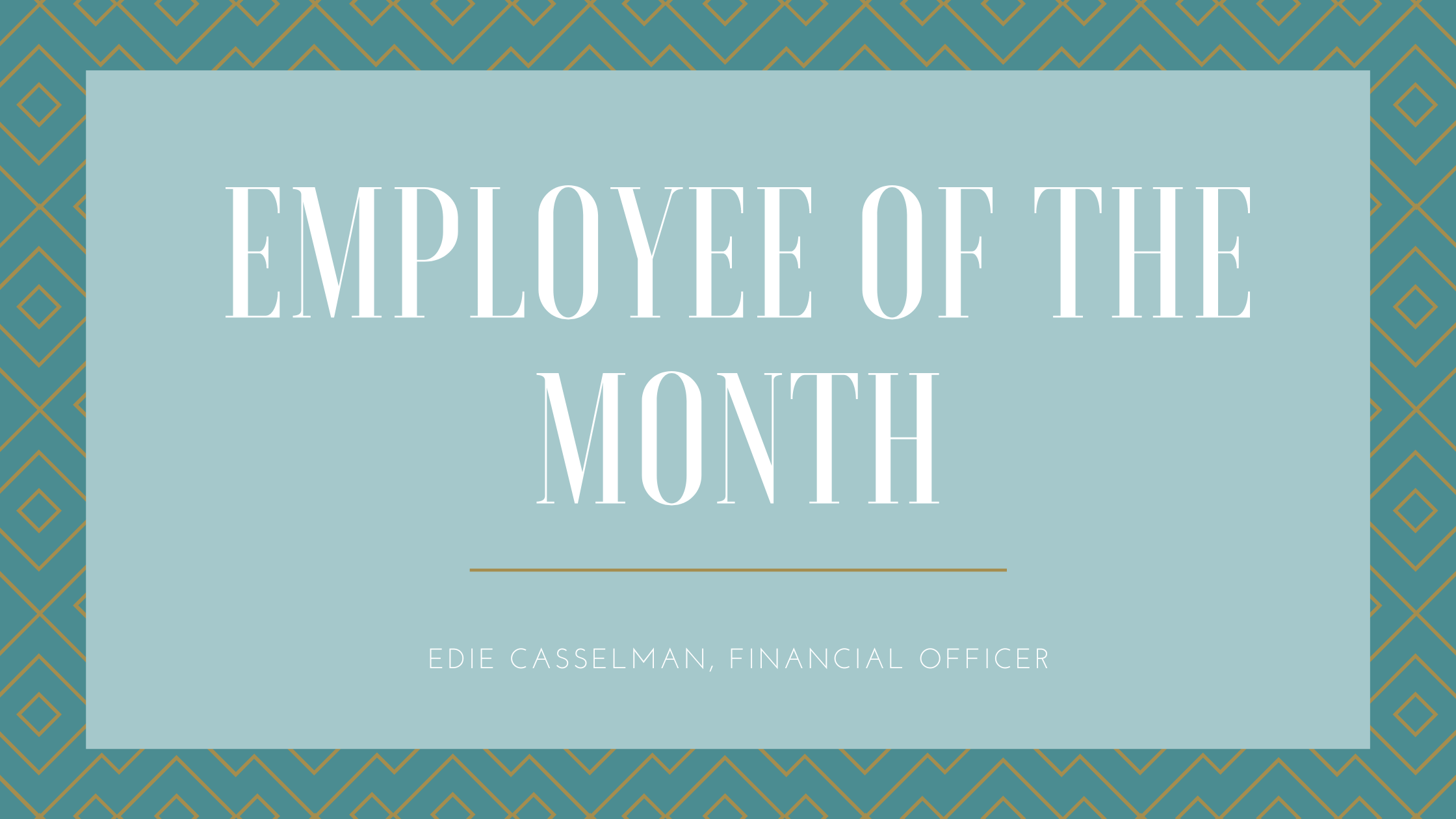 Forget any preconceived notions you may have about financial officers being closed minded, analytical and…well…boring. Edie Casselman, financial officer for the Twin Parish Port District, is likeable team player and an out-of-the box thinker who sports the smile of a lotto winner.

Hired this March to take over payroll, accounts payable and receivable duties as well as handle the annual audits, Edie also brings a level of organization and experience that is a welcomed asset to this busy Port.

The Roanoke, Virginia native arrived in Louisiana in 1994 first working as branch manager of a New Iberia bank, racking up 15 years in the industry. But she says it was a job working with seniors that made her feel at home here. While at Dauterive Hospital, she started a national program called Senior Helpers, with a membership that she grew to over 1,000 while organizing activities for the seniors. “There were a lot of grandparents who smothered me with love, and that made me fall in love with the area,” she shares. Later, she served as executive director at an assisted living facility in New Iberia as well as ones in Abbeville and Lafayette. Before that she was marketing director for the City of New Iberia for six years.

These days, when she’s not balancing the books for the Port, Edie works part-time as Administrative Assistant to the Iberia Parish President. Her duties have her currently tracking the status of just over 50 projects that are underway. She’s also responsible for organizing the launch of a soon-to-be new website for the parish government.

Like others who work for the Port District, Edie pulls double duty working at the Delcambre Seafood & Farmers Market. On market day, you can usually find her behind the counter of the mobile food trailer selling lunches. While the live music and the food are her favorite parts of the day she says, “I love seeing all the people of Delcambre and Iberia Parish at the market. They’re good people and fun to talk to and get to know. They embrace the market. When I’m there, I’m having a good time with the community; it doesn’t feel like work.”

Edie lives in Youngsville with her dog and cat and spends most of her free time with her young granddaughter. She enjoys a good book but surprisingly reveals, “I love to fly; if I could go back in time, I’d get my pilot’s license.” She still cherishes a birthday gift from a friend that put her behind the controls of a Cessna for two hours – accompanied by a pilot.

While Edie is a familiar face in New Iberia, she admits that she “didn’t know much about Delcambre” before taking this job. She says working with the Port has been an eye-opener, learning about everything accomplished in the last few years. “Seeing what is going on at the Port has blown my mind,” she says. “What they’ve accomplished so far with the market…the grants they’ve acquired…the upcoming seafood hub and other projects is phenomenal. The Port District may be the best kept secret. The sky is the limit and we’re restricted only by our imaginations. I’m happy to be along for the ride and be part of it.