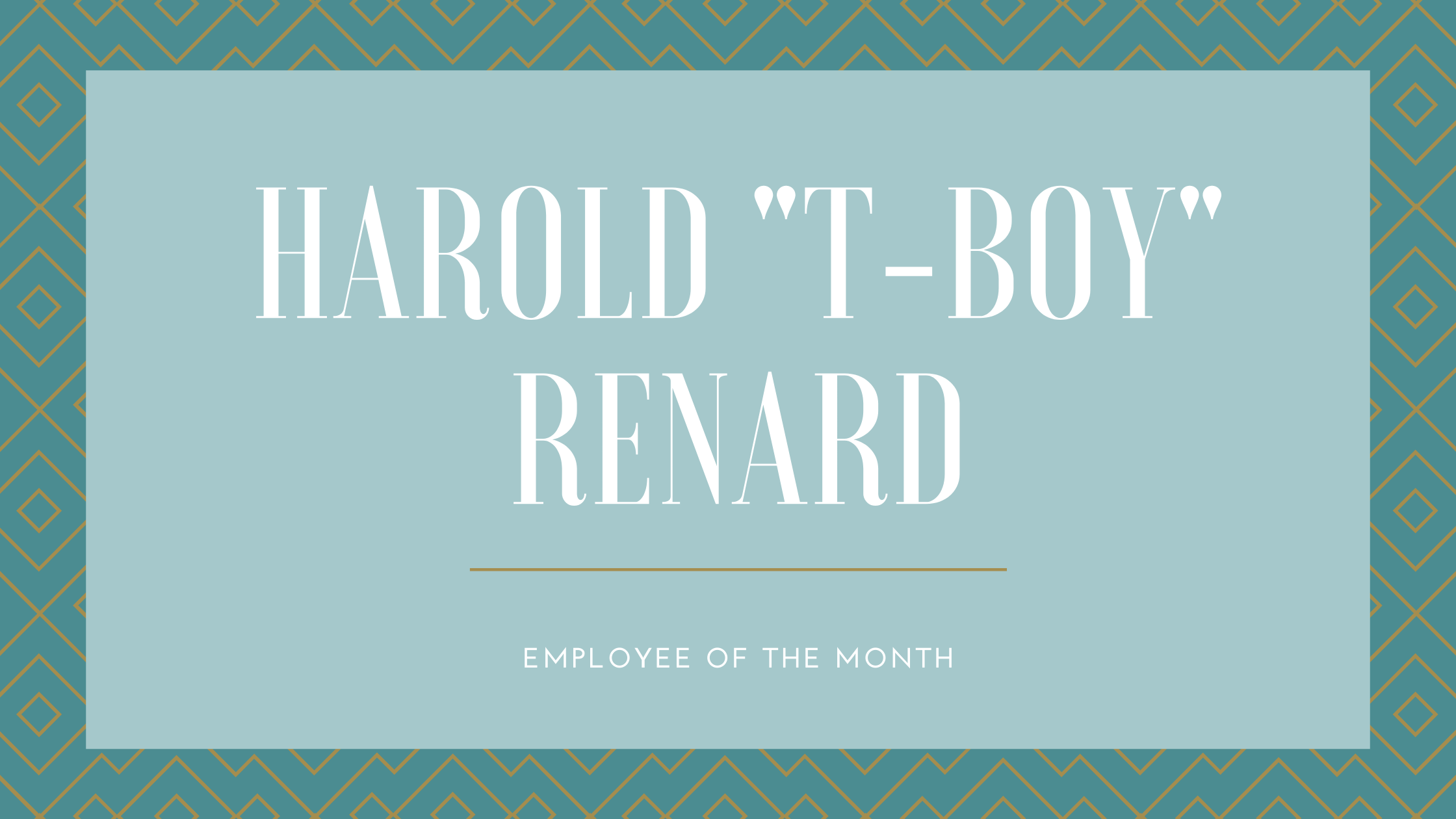 Affectionately known as “T-Boy” by friends – and everyone from Delcambre – Harold Renard has served as dock master for the North Pier Marina in Delcambre for nearly 10 years, as well as staff member of the Delcambre Seafood & Farmers Market.

In keeping the marina running, his mornings start out at 6:30 checking the boats that are docked, making sure there are no incidents or problems, greeting new and returning boaters. “A lot of boaters stop at our marina on their way to and from their destination – boats of all kinds. Last year we had a 55’ catamaran here for a few days,” recalls T-Boy, who worked 32 years as a boat captain for Texaco Oil & Gas.

Charming and funny, the self-proclaimed “people person” says he has enjoyed meeting the boaters over the years, and has made some friends along the way. (One couple he befriended some time ago, still sends him a Christmas card each year.) Keeping boaters who are docked at the marina happy and satisfied comes with the job, and T-Boy has gone as far as driving them to nearby tourist attractions like Avery and Jefferson Islands.

For all his work at the dock, the 82-year-old is better known by customers and vendors of the Delcambre Seafood & Farmers Market where he helps out the first Saturday of each month. Whether putting out market signs, helping in the mobile food trailer or at the beverage booth, his “can-do” attitude and humor keep the mood light and the work flowing. But he says his favorite market duty is carting vendors (and their goods) in his SUV from the parking lot to the market and back after the market is finished. “I like to hear about how much they sold and how they did that day,” he says.
Born and raised on a farm, T-Boy Renard acquired a strong work ethic – and a love of horses – at a young age, spending nearly 40 years cutting horses. “My daddy said I rode a horse before I could walk,” he laughs.

The lifetime Delcambre resident says he’s happy to see the crowd of people that the market brings to his hometown. “A lot of them never came to Delcambre before the market – it’s good for business,” he exclaims.