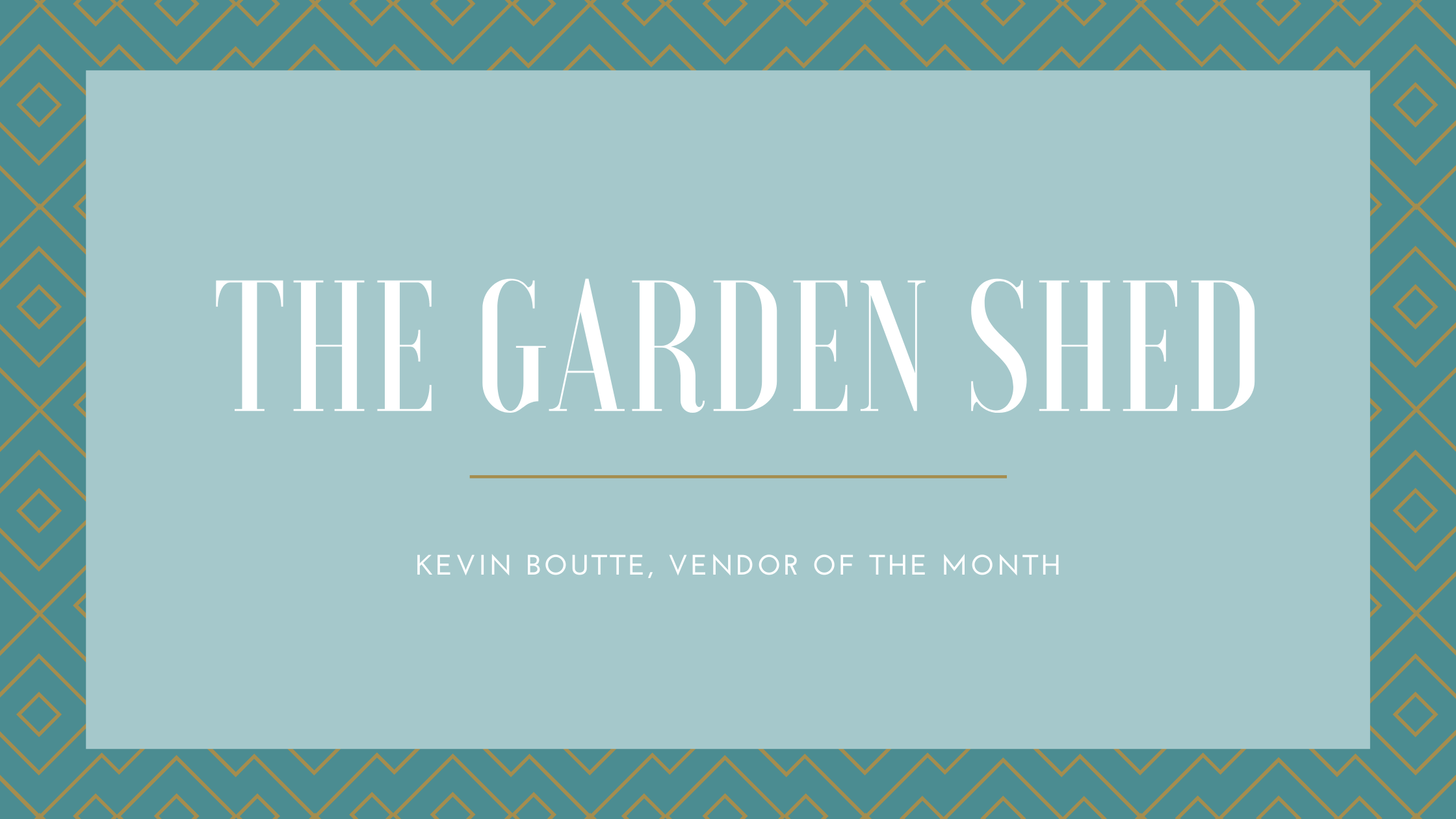 When Kevin Boutte decided to make a garden on his family’s property 13 years ago, it was an enthusiastic 13 rows in a cane field. Watering the plants took a couple of hours at a time using 300-foot hoses connected to one another.

Today, the garden at his home near Weeks Island Road is scaled back to nearly a third that size, but still big enough to provide produce and ingredients for many of the foods that he sells as a vendor of the Delcambre Seafood & Farmers Market. What started with cucumbers and okra has now expanded to an array of summer and winter vegetables and seasonal fruit like grapefruit and Louisiana sweet oranges.

With a penchant for peppers, Kevin grows Caribbean red and Thai chili peppers used in making his pepper jellies. On a scale of 1-10, the heat factor is a solid 7, varying on the peppers themselves. “One pepper, in a bunch, can be hotter than another,” Kevin points out. He offers customers creative suggestions on the use of the pepper jellies, like as a marinade on steaks overnight. One customer claims the lemon jelly (an item seldom made by others) is good over ice cream.  And Kevin recommends his lemon habanero jelly on fried foods.

From his kitchen, Kevin also makes jams, chow chow and pickled chicken eggs. Some of the most in-demand food items at the market are his beef stew, red beans, broccoli and cheese soup and corn and shrimp bisque, a best seller. “When I started making the bisque, I brought some over to my neighbor’s house for the whole family’s feedback,” he says. Another popular item is Kevin’s smothered okra with tomatoes, a recipe of his mother’s. Although lately, he’s been just as successful selling plain smothered okra, with nothing added. He attributes his cooking skills to his grandmother and mother, who was a home economics teacher. “My mom cooked three meals a day and I watched her,” he recalls.

Seeds for fall/winter plants have been nestled in the garden to produce broccoli, beets, carrots and other root crops. Kevin is in the process of putting fencing around his garden, with the help of a neighbor, to protect it from his chickens. The 50 free-range yard birds are of several varieties, including ISA browns, black Australorps and young Easter eggers (a mixed breed that lays blue, brown, green and, occasionally, pale yellow eggs.) His brood of chickens has grown such that he says, “There are 12 or so that I’m not even sure of their breed.” Altogether the poulets gift him with 4 to 10 dozen eggs a week, depending on the breed, the weather…their mood.

Very soon Kevin will be making batches of his mirliton bread for Thanksgiving and Christmas. “I used to make 4,000 loaves,” he exclaims. “It’s my mom’s pumpkin bread recipe that I substitute with mirlitons instead.” Next month the loaves will sit on the table of his booth, along with his jellies, jams, chow chow, eggs and prepared foods.

As one of the original vendors of the Delcambre Seafood & Farmers Market, Kevin has enjoyed seeing the growing customer base from all around Acadiana and says what he enjoys most about this popular market is the energy.  “It’s got a good vibe to it,” he notes.