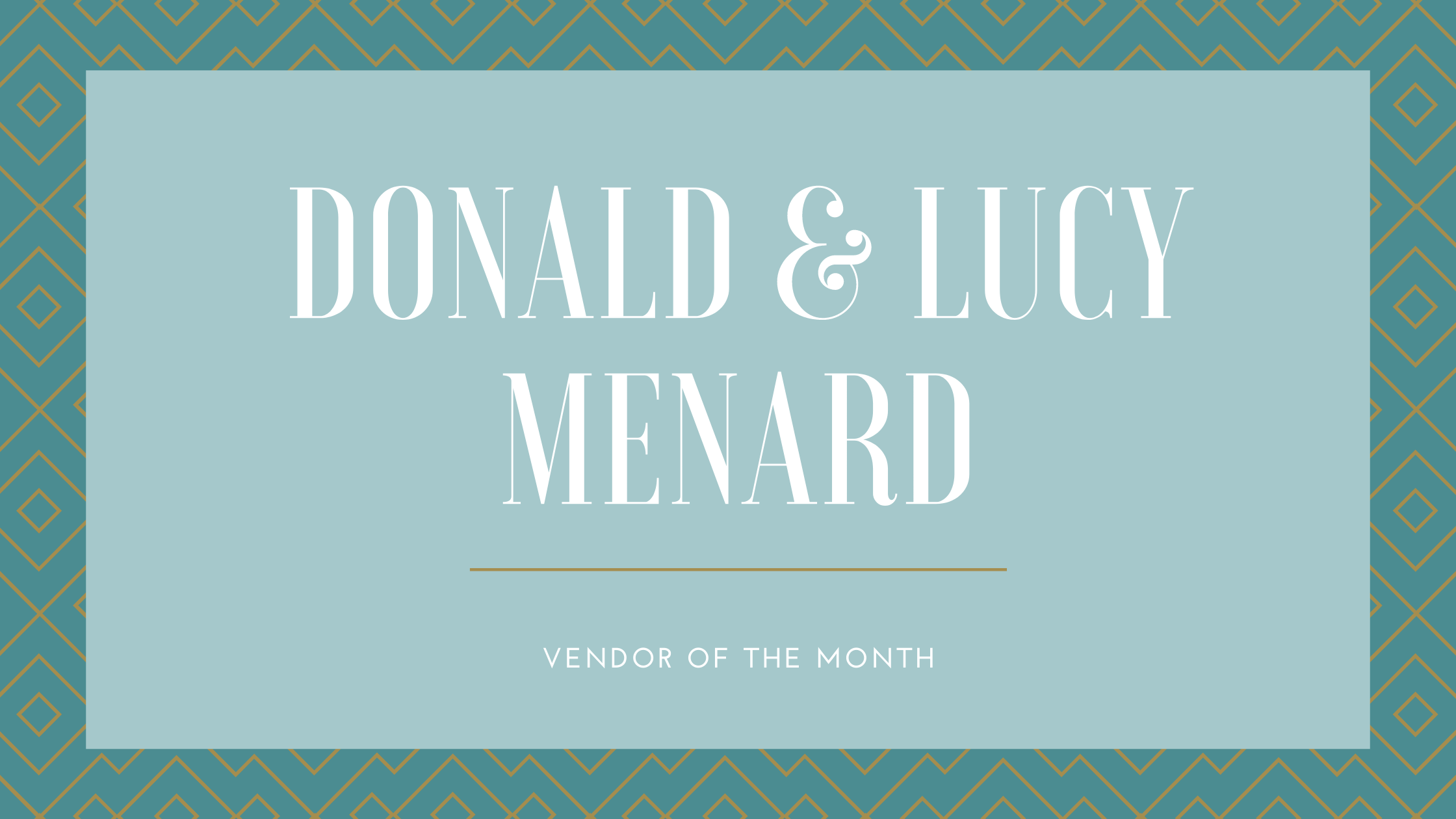 If you have a sweet tooth, you’ll be hard pressed to leave the Delcambre Seafood & Farmers Market without something from the booth of Lucy’s Kitchen. Lucy and Donald Menard are fixtures of the market since first selling Lucy’s baked goods, preserves, and jams at the opening market on the Shrimp Festival grounds in 2013.

For years, customers have flocked to their booth, eyeing Lucy’s specialties: cakes, pralines, peanut brittle along with pints of blackberry, pear or pineapple jam, fig preserves, and – on the savoy side – pickled beets and pepper jelly. Her moist fig muffins and chocolate pecan brownies are a favorite among children. The mini pecan pies are a three-bite size of what is, arguably, the best pecan pie you’ll ever taste. (She makes a 9” version upon request.) They don’t offer samples, but the mini pies are the next best thing and talk of them brings to mind a favorite story of Lucy and Donald’s. “One month, a customer wasn’t sure he wanted to pay $10 for a large pie, and Donald suggested he buy a mini one to see how good they are. He bought one and after walking around the market, he returned to order a bigger pie,” recalls Lucy.

But it’s her praline pecan cake that is the star of the show and her best seller. Lucy says no matter how many of these cakes she makes, she sells out. “My mother-in-law taught me how to make it and I promised her I’d never share the recipe – other than with my two daughters, and they’re not sharing it. Customers will often buy a cake first thing when they get to the market to make sure they get one, and we’ll hold it for them while they’re shopping.” Donald, who grew up eating the delicious dessert says, “My mother would be proud to see that Lucy is doing so well with her cake.”

Another thing that makes Lucy’s products stand out is that she doesn’t skimp on the ingredients. It takes a lot of pecans for her cake, pecan pies and other baked goods. One batch of pralines alone commands two pounds. In the course of a year, she uses some 200 pounds of pecans.

When they’re not canning, Lucy and Donald are busy gathering the main ingredients for the jams and preserves: picking their hybrid blackberries in June and figs in early July. Most recently, in late February, they finished harvesting beets from their garden.

Married for 67 years, the Menards are a team in the kitchen as well as in life, putting up approximately 100 pints and half pints of preserves and jams annually – that will sell.

If you want some treats from Lucy’s Kitchen, plan on coming to the market early because her baked goods normally sell out before 11:00. “There’s usually a good turnout in Delcambre,” explains Lucy, who says she likes the vendor setup. Donald also appreciates the covered Pavilion at Bayou Carlin Cove and adds, “I like the people we’ve met; we’ve made friends with the other vendors. It’s a good get together with people that you never knew before.”