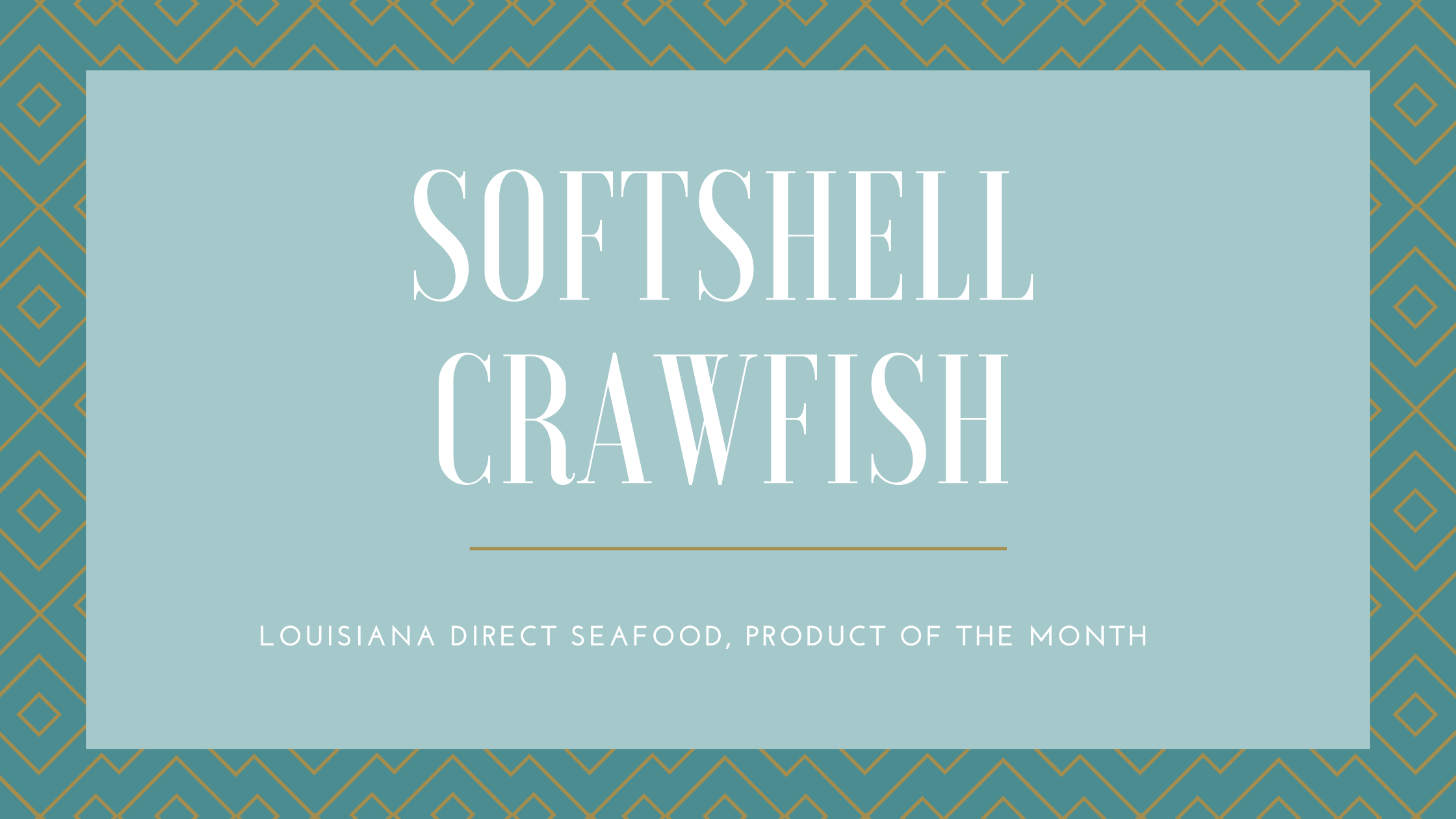 Among crawfish-craving enthusiasts there is a smaller but growing fan club of the soft-shelled crustaceans who will tell you, you don’t know what you’re missing. Yes, soft-shell crawfish are a thing and are edible – and quite delicious once you get past the misperception that you’re crunching down on a shell. There is no shell because these not-as-easy-to-come-by versions of crawfish are selected in the stage between shedding an old shell and growing a new one.

L.T.E, Inc., the supplier of soft-shell crawfish for Delcambre Direct Seafood, is the only soft-shell crawfish plant in Louisiana. At the facility near Ethel, LA, owner Todd Edmonds takes 50 to 60 (35-lb.) sacks of live crawfish still growing, sorts and cleans them and divvies them up into some 300 trays where crystal-clean water is circulating. After the second day, they are fed shrimp food daily until they are pre-molts. Every day, around the clock, the pre-molts are handpicked from the others and placed in separate bends, so that they don’t get what Edmonds calls “leather shell.”

Crawfish shed most at the warmest part of the day with the process taking only a few minutes. The hard shell splits between the head and tail on the back side, and the softshell crawfish usually separates from it by “tail flipping.” From the time the crawfish are brought to L.T.E.’s from the Spillway to the time they shed takes 2 to 5 weeks. (A full moon usually speeds the process.)

The molting bends are run every three hours and the crawfish are then placed in 34-degree water to stop their shells from further hardening. The next day they are washed; excess fat is removed (because fat doesn’t freeze well); then the soft shells are sealed, vacuum packed and immediately frozen to assure freshness.

In a controlled environment, like the L.T.E. facility, crawfish will molt once, as opposed to in the wild where the process happens twice a week until they are mature. Approximately 11 molts are necessary for young crawfish to reach maturity. When they molt in the wild, the crawfish are very vulnerable to pray so they bury themselves in mud for protection. As a result, their meat often tastes muddy.

Don’t be put off by their appearance in the raw; soft-shell crawfish go from a limp greenish-black state to a beautiful lobster-colored, bright red in about three minutes of frying – which is the preferred cooking method. Famed Chef Paul Prudhomme, who is said to have brought soft-shell crawfish to New Orleans cuisine, says deep frying them prevents a papery, crusty skin from forming.

While only the tail is eaten on regular hard-shell crawfish, nearly all of the soft-shell body can be consumed – all but the head and two tiny balls of calcium behind the eyes (called the pearls.) As an appetizer they make a delicious conversation starter, but they’re every bit as good in a po-boy or as the crown atop a bed of crawfish fettucine or etouffee.

You can purchase L.T.E.’s soft-shell crawfish through DelcambreDirectSeafood.com. They are sold 24 to a pack and are already cleaned and ready to cook. Try this simple recipe.

Whisk (3) egg whites and a little milk. In a separate bowl, combine 1 cup of flour, 1 cup cornmeal, ½ tsp. salt and Cajun spices (to your taste). Dip each crawfish in the egg mixture and then dredge in the flour mixture. Deep fry in hot vegetable oil for 2 to 3 minutes. Drain on paper towels and serve.