Two Girls and a Cheesecake 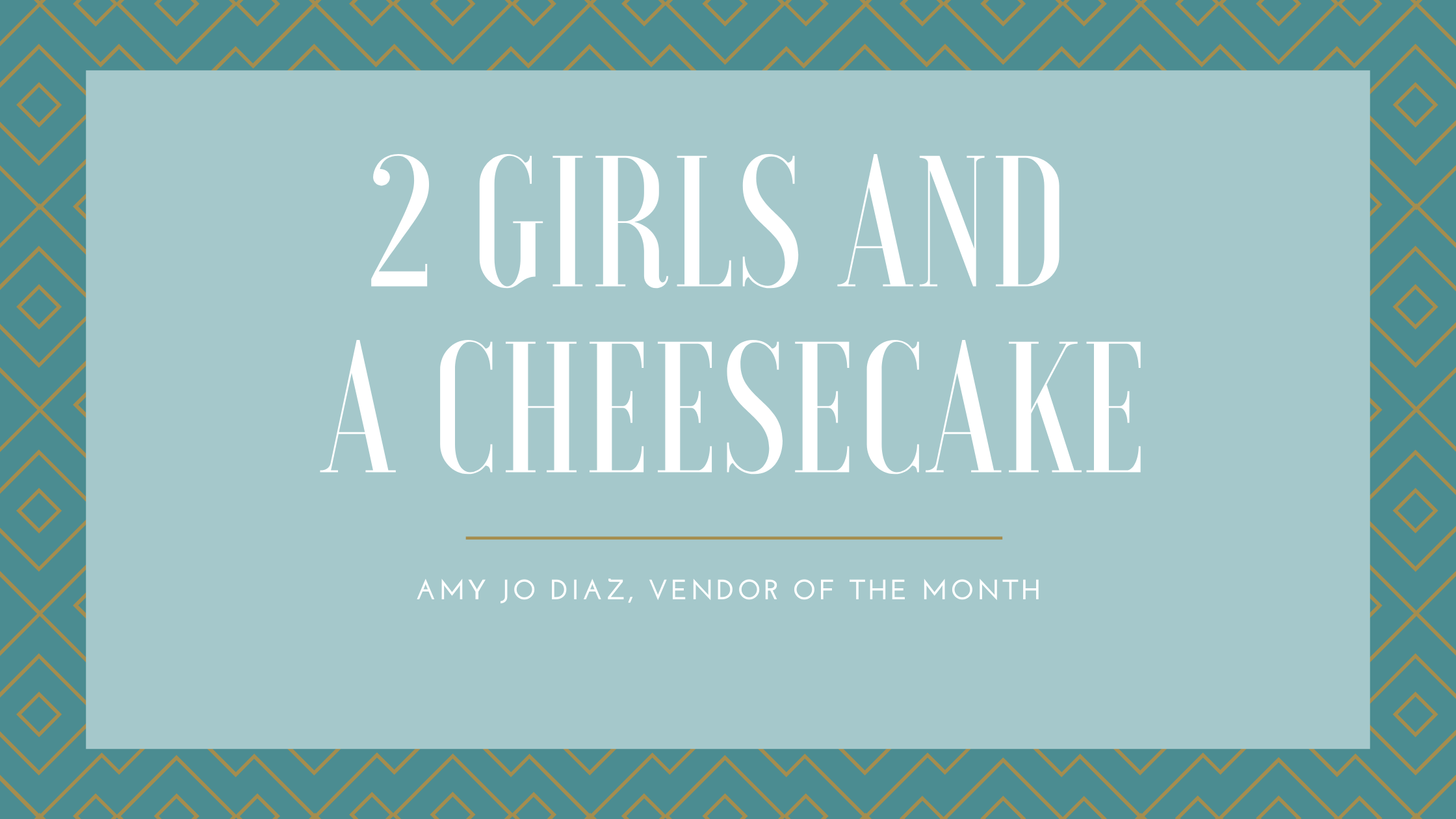 Cheesecake falls into the “decadent” category of desserts, but Amy Jo Diaz, of Two Girls and a Cheesecake, has taken the creamy, mouthwatering sweet treat to another level altogether placing a moist layer of cake atop a cheesecake. (Poof!)

Recalling the moment the idea hit her she says, “It was a holiday and there was a lot of family and we were eating, and I noticed my mom had a slice of cheesecake and a slice of cake on her plate, tasting a little of each at a time. I was thinking that I wish she had put just one piece of cake on her plate at a time. And then I thought how it would be a good idea to combine the two – I had baked for eight years as a side hustle.”

Originally from Harlingen, TX, a little town 20 minutes from the Mexican border, Amy Jo moved to Louisiana in 2018 to take care of her mother after she became ill. Soon finding herself needing something else to do with her time, she decided to see how her cheesecakes would do in her new location. “I got my mom, who is the ‘glue’ of the family, to help – as little as she could – so that she felt involved in a project, and I named the business Two Girls and a Cheesecake,” says the Youngsville resident. Amy Jo’s unique cheesecakes soon sold out at farmers markets, craft shows and at other events.

In 2019, she began working as a dispatcher for the New Iberia Police Department. But 12-hour shifts starting at 5:30 a.m. got the best of her and deprived her of baking. This January, she felt confident enough to step away from her job and take on baking cheesecakes full-time.

It proved to be a good move. Now she bakes 15 cakes a week for markets – not including special orders- out of her home kitchen. “I bake the cheesecake and the cake separately and then layer the cake on top of the cheesecake,” she explains. Baking as much as her kitchen allows at this point, she cranking out three per hour.

Her menu, which she constantly updates, offers 30 flavors. Customer favorites include lemon blueberry, turtle, strawberries and cream and red velvet. For Father’s Day she offered a cake inspired by one she made for her own dad’s birthday in January. “I was experimenting with a savory, more masculine cake, so I came up with a caramel, bacon, smoked cheesecake, with cream cheese smoked by fellow vendor Jay Florsheim of Peace, Love & Smoke,” she says.

Among other new flavors are Hawaiian delight, which was introduced last month at the Delcambre Seafood & Farmers Market, where she’s a vendor. It’s a combination of pineapple, coconut, cherry and Macadamia nut. (Think pina colada without alcohol.) Two other new flavors premiering at the Delcambre market on June 4 are pineapple upside down cheesecake and cookies and cream.

In viewing pictures of her beautiful cake slices on Facebook, it’s hard to choose just one. That’s why a sampler box is a great idea: 10 slices for $60.

Amy Jo says she always sells out of the 150 slices she brings to the Delcambre Seafood & Farmers Market, hating when she has to tell customers that she has none left. She joined the market this February where she says, “There’s a lot more variety of foods, and the crafts are unique, bringing customers back.”

Amy Jo says she never tires hearing the comments she still gets from customers amazed at the idea of a cake and cheesecake combination. “It my favorite part of this journey,” she smiles.