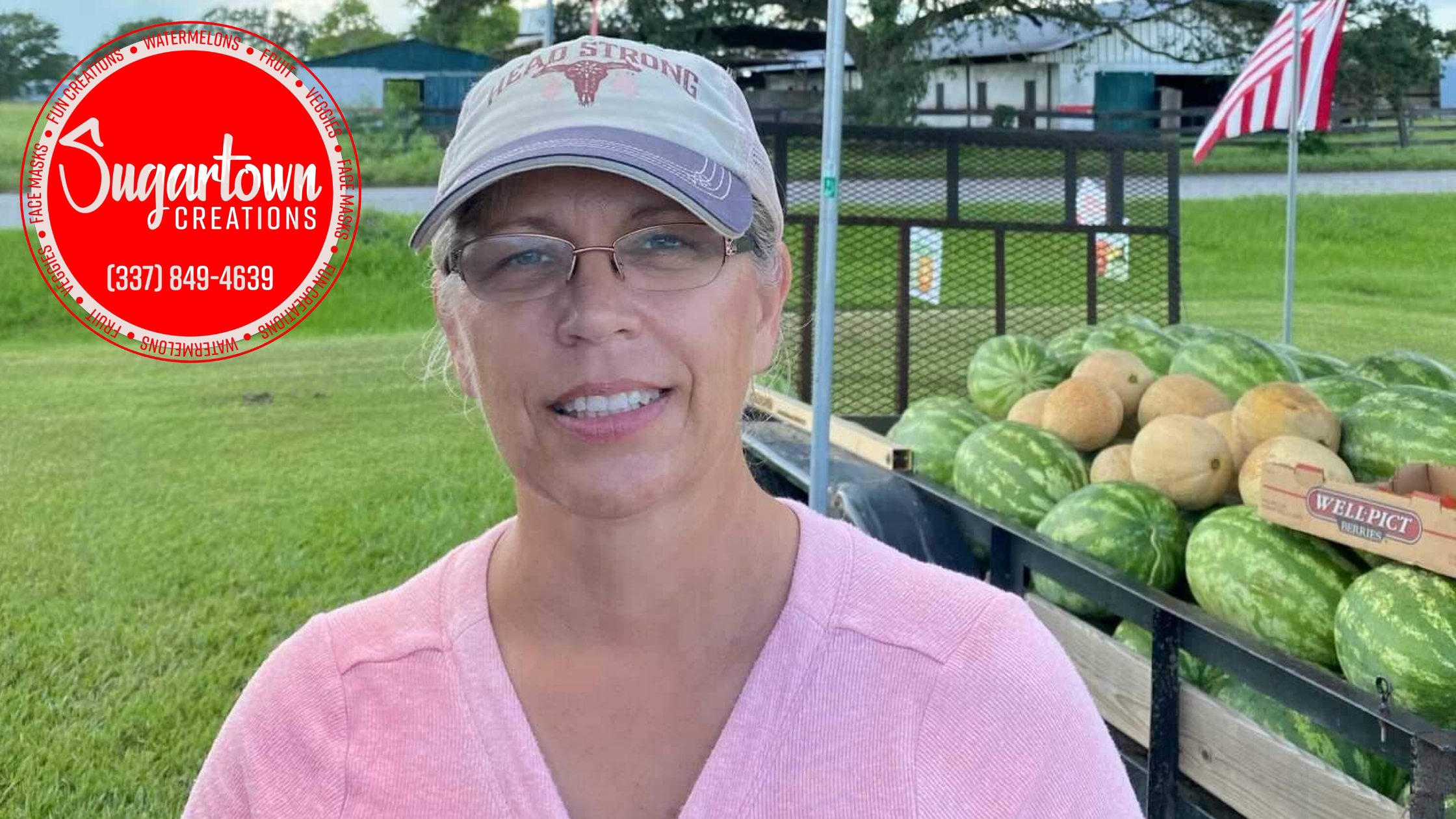 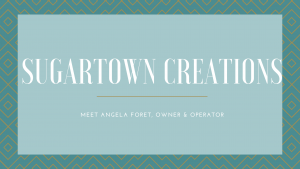 In honor of tomato month, we want to highlight produce vendor Angela Foret. She is the owner and operator of Sugartown Creations.

Angela has always had a lifestyle of homegrown produce.  As a child, her family grew vegetables, which she still practices today. Fast forward, Angela became a substitute teacher during the school year. During the summer months she began distributing watermelon from three local farmers of Sugartown. She quickly saw the need within farmers markets and began to expand her efforts, name, and distribution of the popular watermelon she is known for.

Angela then expanded even further to offer her own homegrown produce from her 7 acre farm in the Judice area (Where she also has chickens, horses & cattle). She grows everything from lettuce, zucchini, tomatoes, peas, and everything in between. She is passionate about her produce offerings and it shows. Angela says “I love being outside and providing high-quality healthy produce items.” Angela says that although she would like to grow organic, the many strict regulations are prohibitive. Instead, she strives for her produce to be as “clean” as possible. For example, she doesn’t preventively spray, but only when there’s a need. This July, she is harvesting heat tolerant produce including tomatoes, okra and purple hull peas.

You can catch Angela at Lagneaux Country Store from 3-6pm during watermelon season (the next week or so), on Facebook @stowncreations for updates. Be sure to visit her booth at our next Delcambre Seafood and Farmers Market on Saturday, August 7th from 9am-1pm.